Harry Horse is the pen name of British author, cartoonist, and illustrator Richard Horne. There are thousands of stories about Harry, most of them hilarious, many of them also true.

Harry's work has been translated into 12 languages and is particularly admired in America. He thought every book should be a work of art and every book he produced was just that.

He was also one of Britain’s great political cartoonists.

Enigmatic, gifted and extraordinary in so many ways, he was also never the kind to let anyone tell him what to do - with the possible exceptions of his wife and his dog.

Harry Horse was born as Richard George Anthony Horne in May 1960, the first child and only son of Derek and Josephine. 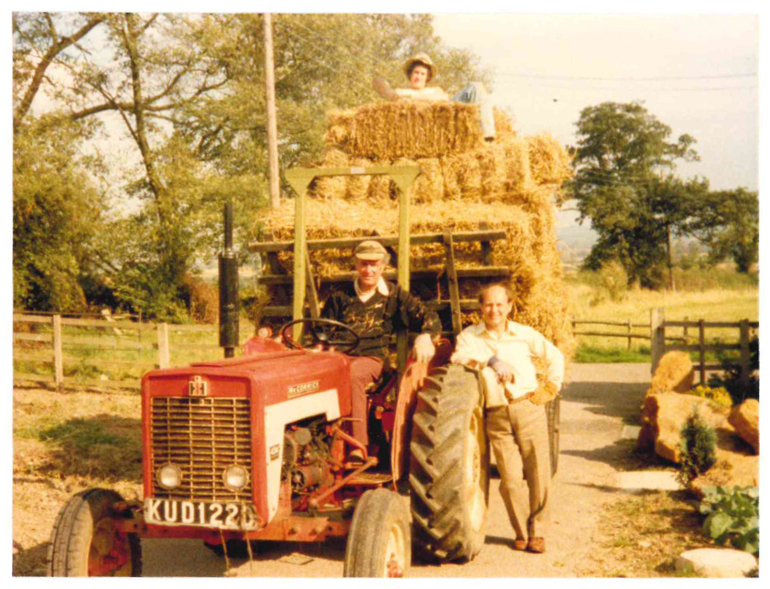 For the first 10 years of his childhood, he grew up at Church Farm Cottage, Brandon in Coventry.

It was here that Josephine told him of the Polar Bears that marauded through the nearby woods. Had he but known it, Harry’s home was a too far South of the Arctic Circle for there to be any truth to his mother’s tales. But the phrase ‘there aren’t any polar bears here’ stuck – and it was a frequently repeated family favourite for years to come. It is no coincidence that Polar Bears returned as characters in Harry’s own stories later in life. 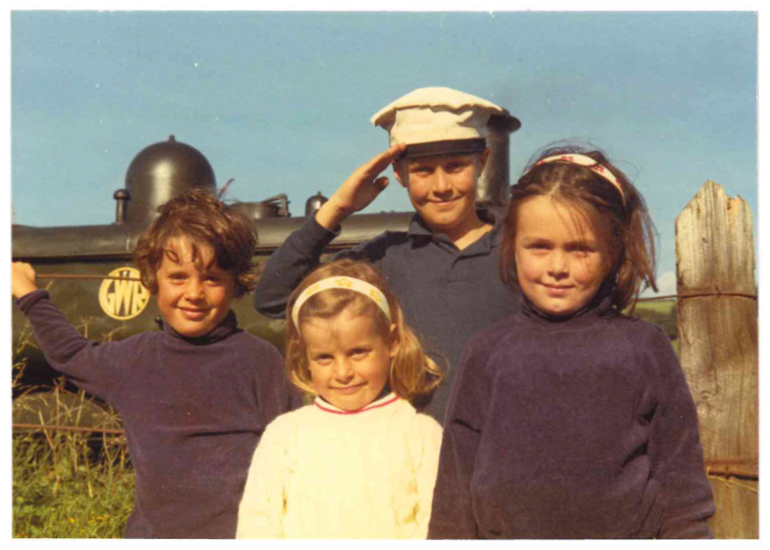 Holidays with his parents and 3 younger sisters where often taken in the seaside resort of Salcombe where the family had a second home. With pet dogs Sandy and Bambi in tow, Harry would set sail with his sisters aboard the family’s boat – the Ormond - for fishing and swimming outings. The boat was later to re-surface in Harry’s Roo adventure stories.

When Harry was 10, the family moved to Warwickshire. He took great delight in revealing to his younger sisters the closely-guarded secret of how their new home came to be called Christmas Hill Farm. It was, Harry whispered – much to the girls’ wide-eyed wonder - the spot where Santa and his reindeers would stop off to draw breath on their way to and from the North Pole.

This insatiable appetite for spinning far-fetched yarns was a taste of things to come.

Living in the countryside meant Harry could ride his horse Toppin in true John Wayne style for miles, even if his horse would often wander home without him! 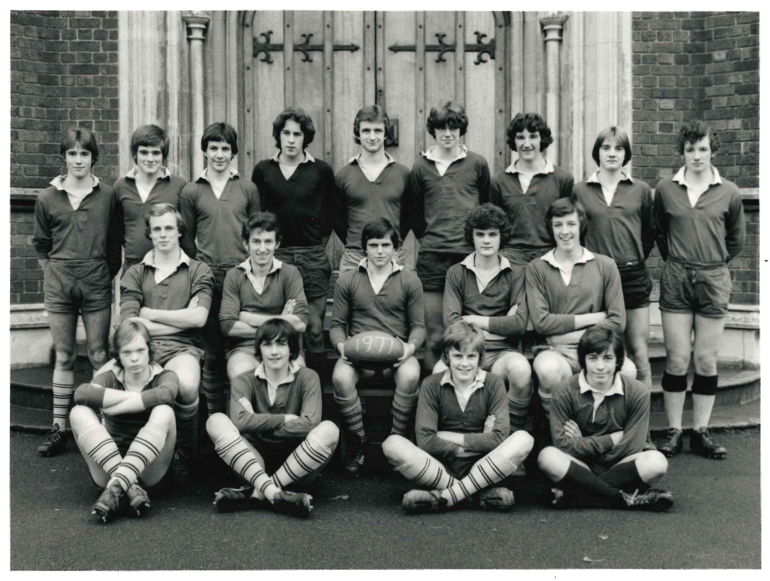 School was Homefield Bilton Grange in Rugby and when a short-sighted schoolmaster read out Horse during registration instead of Horne, the young Richard couldn’t resist adopting this slip of the tongue as his new pseudonym.

At the age of 13, he moved to Wrekin College, Salop where he first developed a lifelong passion for his favourite sport of cricket. Perhaps not surprisingly, he was also presented with an Art Prize.

“The making of me…for all the wrong reasons.”

"That was the making of me…for all the wrong reasons ", he later recalled when talking about his experiences at Boarding School. “We were hugely influenced by Colditz, with escape committees in the dorms, floorboards that prised up to store secrets. I was the map-maker and did things like forging weekend passes. The ingenuity of children is immense - and most grown-ups don't realise it."

After A Levels, Harry left Wrekin College to join a firm of solicitors as an articled student.

But instead of taking notes during Court Cases as he was supposed to, Harry would pass the time doodling caricatures of the judge and jury.

At 19, the young man’s future hung in the balance.

One December morning huddled up against the cold as he studied the comings and goings of the Inter-City 125s at Coventry Railway Station he, quite literally, couldn’t decide which direction his life should go in.

The flip of a coin would settle the matter. Heads, it’s London. Tails, it’s Edinburgh. Minutes later, he’d waved goodbye to Richard forever and it was as Harry Horse that he boarded the 10:45 to gallop northwards towards Scotland and his destiny.

“If you look like a student, you basically are a student.”

Arriving in the Scottish capital armed only with a love for the banjo and a prodigious but, as yet, unexplored talent for illustration, he hung around the University's Art Department and sneaked into life drawing classes. As he noted later, "If you look like a student, you basically are a student. That was my philosophy at the time."

As an artist and musician, Harry was largely self-taught.  Initially he pedalled his portfolio around publishers without success, but his eventual breakthrough owed much to his natural talent for play-acting.

In 1981 he called the publishers Canongate, who had already turned him down once, pretending to be his own agent: his client was in Edinburgh and they should see him.

The ploy succeeded and Harry began to work for Stephanie Wolfe-Murray, Canongate's owner at the time, to whom his charm and talent were instantly apparent.

He illustrated his first children's book soon afterwards, and in 1983 made an impressive debut as author and artist with "The Opopogo - My Journey with the Loch Ness Monster", which earned him a Scottish Arts Council Book Award. What followed was a series of captivating stories featuring animals, illustrated in exquisite detail and displaying all of Harry’s talent for understanding the minds and moods of young children.

Soon his trophy cabinet was overflowing with prizes for his books.

“The Last Polar Bears” was turned into an animated TV film with Sir Nigel Hawthorne as the narrator and featured in ‘Jackanory Junior’, read by Martin Clunes. “The Last Cowboys” was also featured on ‘Jackanory Junior’, with Martin Freeman doing the honours this time, and James Bolam read ‘A Friend for Little Bear’ on CBeebies. 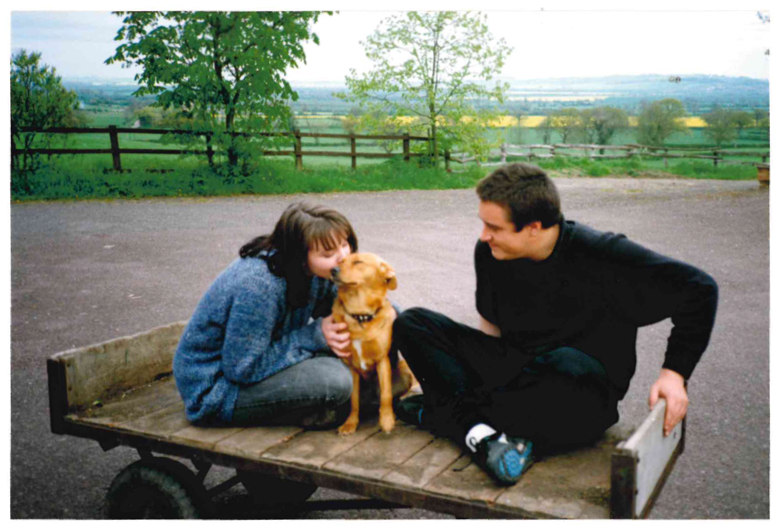 In 1989, while Harry was touring the Shetlands performing with his band Swamptrash, he met Mandy Williamson. The couple married in 1990. As newlyweds, they moved into a flat in Edinburgh, sharing their cramped living quarters with their little dog ‘Roo’ who they had rescued from the Edinburgh Portobello Dogs Home. Besotted by his faithful canine, Harry made Roo the heroine in his children’s stories and the two became inseparable, even going to work and meetings together.

In 1990, with Roo at his heels, Harry turned up unannounced at the offices of Scotland on Sunday to complain that the newspaper’s Literary Editor was neglecting the books in which Roo was the hero. So impressed was he with Harry’s drawings that the editor Andrew Jaspan immediately offered him a post as the paper’s political cartoonist where Harry spent the next 6 years lampooning the likes of John Major, Margaret Thatcher and Malcolm Rifkind.

“We regard him as one of the most talented cartoonists of his generation.”

As a freelancer, Harry’s political cartoons were a regular feature in the Independent, Guardian, Times and Telegraph. Harry’s final drawings were for the Sunday Herald in Glasgow. “We regard him as one of the most talented cartoonists of his generation," said the paper's associate editor Alan Taylor. “A highly provocative, highly talented, highly controversial artist.” Harry contributed a weekly satirical cartoon entitled ‘Horsebox’ to the Scotsman and was also invited on two occasions to draw the cover for The New Yorker magazine.

“I’ve represented the brilliant Harry Horse for 15 years as his literary agent and friend. He was a genius both in words and illustrations.”

Harry’s work continues to be represented by Caroline Sheldon who founded The Caroline Sheldon Literary Agency over thirty years ago. It is now one of the UK’s leading literary agencies representing an impressive roster of authors and illustrators. Caroline has built an incredible list of bestsellers and she has always been particularly passionate about children's book publishing. She loves discovering and representing new authors, one of whom was Harry Horse. At the time of his death she paid tribute by saying: “I’ve represented the brilliant Harry Horse for 15 years as his literary agent and friend. He was a genius both in words and illustrations”. 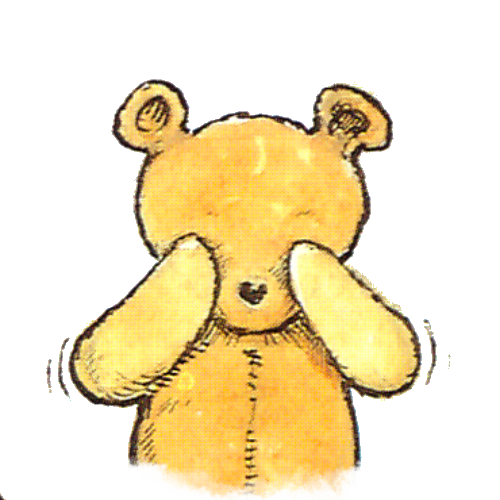 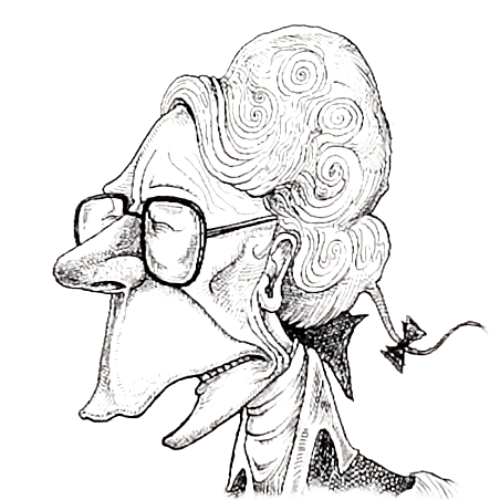 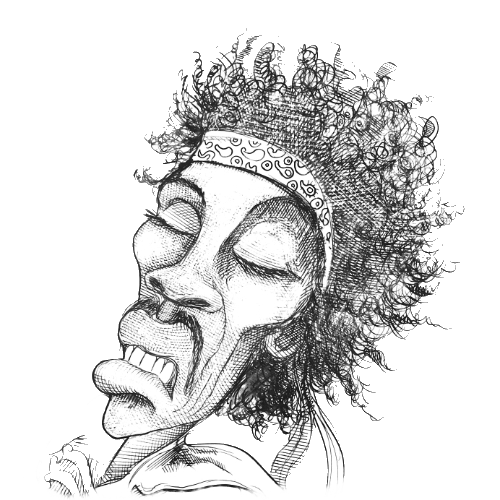 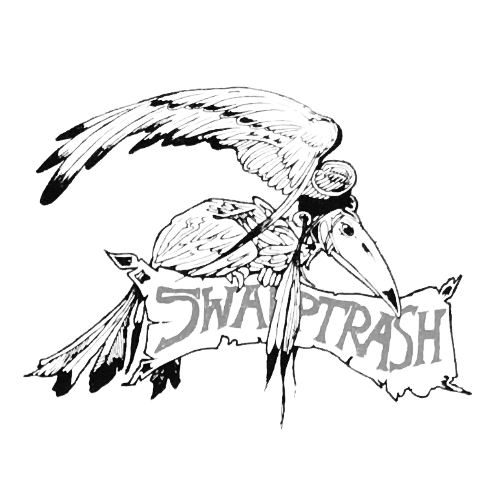